Home » We Were Tricked Into Thinking Carrots Helped Our Vision. 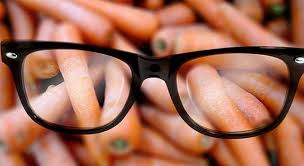 Were We Tricked Into Thinking Carrots Helped Our Vision?

We Were Tricked Into Thinking Carrots Helped Our Vision.

Did mom and grandma trick us into eating carrots? Does our vision get better if we do? Is it an old wives tale?

According to the American Chemical Society even if we eat lots of carrots we still may need glasses. (See video)

Carrots contain lots of beta carotene, which the body helps process into vitamin A. While vitamin A is good for your eyes lots of other foods have it. If we have a healthy diet we are generally going to get plenty of vitamin A to keep our eyes healthy. Foods such as peas, spinach, lettuce and cantaloupe all give us vitamin A.

So did carrots get the great reputation for vision? According to the American Chemical Society it all began in World War II.

During the war the British developed a new system called radar. Radar stations enabled the British to see bombing attacks coming from Germany in time to scramble fighters to intercept them. Being able to know when and where the bombers were coming from gave the British Air command a great advantage. Part of the success of the Battle of Britain was that Germany didn’t recognize the strategic advantage of the radar stations set up along the coast of England. For the most part Germany didn’t attack these facilities leaving the British with an early warning system.

In order to make sure Germany didn’t understand the importance of the radar stations Britain had to come up with reasons why their pilots were so successful at finding enemy fighters and bombers at night. So they started the rumor that the British pilots ate lots of carrots and that made them have great night vision! It was all a hoax! The hoax was so successful that not only did the Germans believe it but so did the British public. 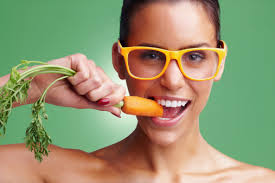 Don’t get us wrong. Carrots are still a tasty healthy food. The Doctors of Eyecare Associates of Lees Summit encourages you to keep eating them. However we also encourage you not to throw away your glasses when you plant your spring garden! 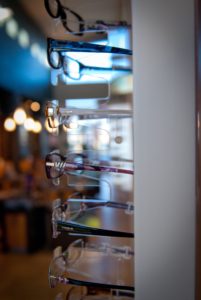 I’ve gone to Dr. Doug for about 8 years now and I wouldn’t have it any other way. He’s very friendly and takes time to go over every option that there is when it comes to any eye care issue. The entire staff is so friendly and is always willing to accommodate you in any way they possibly can. I went away to college and came back to visit over Christmas break and forgot my contacts. Dr. Doug not only helped supply me while I was home but drove out in the snow and ice to make sure I got my contacts. That’s quality service you WON’T find anywhere else. I would definitely recommend Eyecare Associates to anyone!